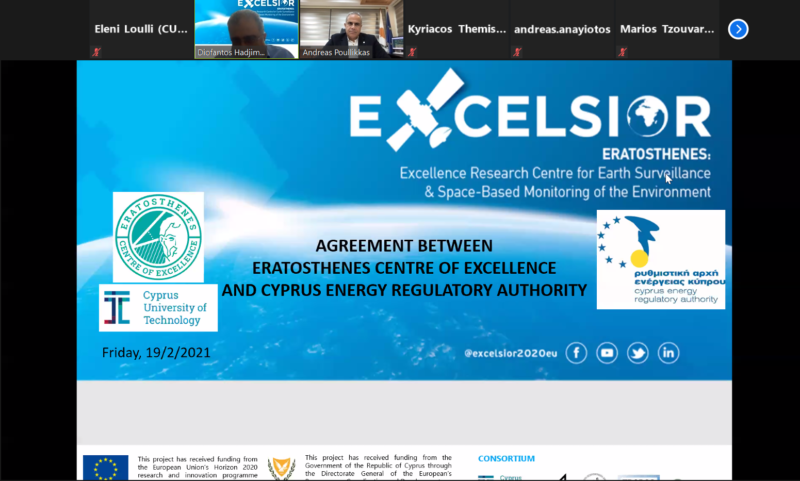 On the 19th of February 2021, the ERATOSTHENES Centre of Excellence of the Cyprus University of Technology and the Cyprus Energy Regulatory Authority (CERA) signed a Memorandum of Understanding.

The MoU was signed by Professor and Managing Director Diofantos G. Hadjimitsis, on behalf of the ERATOSTHENES Centre of Excellence (ECoE) of the Cyprus University of Technology and Dr Andreas Poullikas, on behalf of Cyprus Energy Regulatory Authority (CERA).

The purpose of the Memorandum is to provide the framework for the development of the existing cooperation through the EXCELSIOR H2020 TEAMING project between the ERATOSTHENES Centre of Excellence (ECoE) of the Cyprus University of Technology and the Cyprus Energy Regulatory Authority (CERA). The framework covers actions in areas of common interest, such as participation in research and development programmes, the exchange of information and know-how in areas related to the harmonisation of CERA with the directives related to the objectives for the use of renewable energy sources in Cyprus, the improvement of the management of the energy market in Cyprus and the implementation of the Strategic Research and Technology for Smart Specialisation in Cyprus, where the development of applications related to RES and especially solar energy is a key priority. The two parties also intend to implement joint scientific and educational events and to cooperate in the placement of researchers of the Centre of Excellence in CERA for the purposes of scientific cooperation. Participants at the online signing ceremony of the agreement were representatives of the ERATOSTHENES Centre of Excellence and the team of Cyprus University of Technology, representatives of the partners of the EXCELSIOR H2020 TEAMING project, such as Gunter Schreier, Director of the Centre for Earth Observation of the German Aeronautics and Space Agency (DLR – Deutsches Zentrum für Luft – und Raumfahrt), Dr. Johannes Bühl, Researcher at the Leibniz Institute for Tropospheric Research (TROPOS) and representatives of the Institute of Astronomy, Astrophysics, Space Applications and Remote Sensing of the National Observatory of Athens (Beyond Centre of Excellence) and the World Radiation Center of Switzerland (PMOD/WRC).

Through the cooperation of CERA and the ERATOSTHENES Centre of Excellence, objectives have been set by the Centre of Excellence for the creation of applications based on the use of satellite, terrestrial observations and atmospheric models in the direction of improving the penetration of RES into the Cypriot energy network.

Such applications are related to:

The agreement will be valid for a period of five years with a renewal prospect and sets an important milestone for research cooperation between the two organisations. This agreement will therefore help to promote the activities of the two organisations as this cooperation will contribute to supporting investments in national priorities in relation to RES. In addition, the cooperation builds on the country’s comparative advantage (1st in the EU) in solar energy potential and supports technological innovation and innovation aimed at stimulating public and private investment.

We would like to express our appreciation for this promising scientific cooperation. 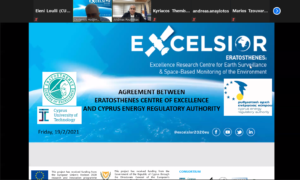 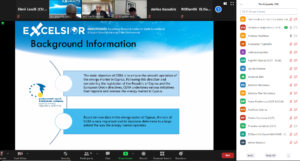 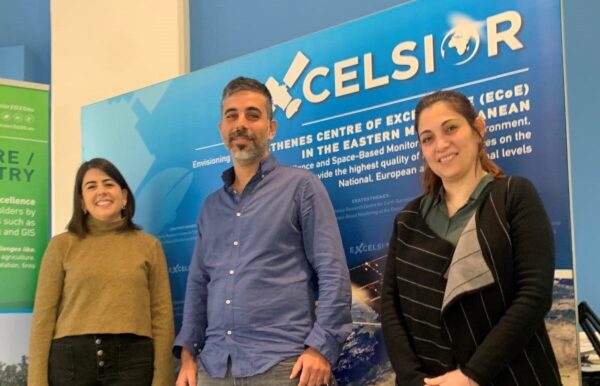 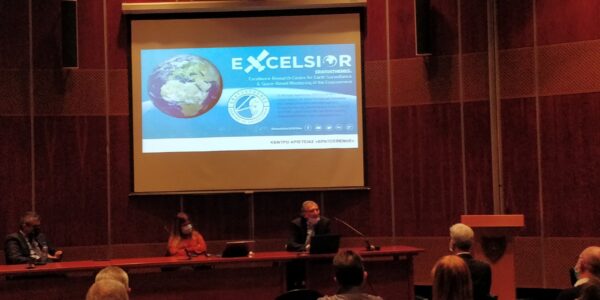 News
Participation at the seminar: “Space technologies: Applications in the public sector”
December 7, 20210
We are using cookies to give you the best experience. You can find out more about which cookies we are using or switch them off in privacy settings.
AcceptPrivacy Settings