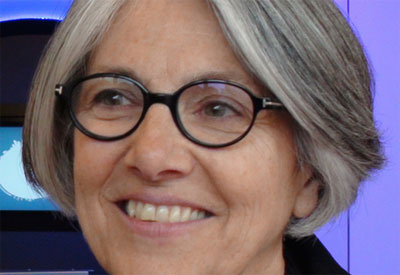 Under Barbara J. Ryan’s leadership, millions of satellite images and other Earth observation data have been made available to the general public at no charge, allowing scientists, planners and policy makers to make better-informed decisions on problems that transcend political boundaries. Her work addresses critical issues in agriculture, biodiversity, climate change, disaster planning, energy, health and water.

Barbara Ryan’s career began in 1974 when she joined the United States Geological Survey (USGS), the nation’s largest natural resource science and civilian mapping agency. She advanced steadily in the USGS, earning master’s degrees in geography from the University of Denver and in civil engineering from Stanford University. As associate director for geography at the USGS, she was responsible for the agency’s remote sensing, geography and civilian mapping programmes, including the Landsat satellites. From 2008 to 2012, she was Director of the World Meteorological Organization (WMO) Space Programme, and from 2012 to 2018, Ryan was the Secretariat Director of the intergovernmental Group on Earth Observations (GEO) in Geneva, Switzerland.

Ryan has served as chair of the international Committee on Earth Observation Satellites (CEOS).  She has been awarded an honorary doctorate of science degree from her alma mater, SUNY Cortland. She has been named an Honorary Fellow of the American Geographical Society, in 2017 she was one of 10 global Leaders to be named to the Geospatial World Forum’s Hall of Fame, and in 2019 she was awarded the Department of Interior and NASA’s Pecora Award.  She serves on several Boards and Advisory Committees including the Ecological Sequestration Trust, the International Centre for Earth Simulation (ICES), the International Symposium for Remote Sensing of Environment (ISRSE), and the Jane Goodall Institute.  She also serves as a Policy Advisor to the World Geospatial Industry Council (WGIC).